I am 1 in 6, I am the face of Canadian infertility. I am also a successful fashion industry professional, part-time college professor, and a devoted wife and mother. Indeed some may be surprised when I say I’m a mother when I’m writing about infertility, but that’s my reality, and it’s more common than people think. I have been dealing with secondary infertility and repeated pregnancy loss for about 4 years. Since I started this struggle, I’ve become more and more vocal about it…especially when people like me are inundated with insensitive comments like, “Well, at least you already have one child”. To me, this is one of the worst things people can say to someone who is experiencing a pregnancy loss while having a living child. It somehow implies that the parents’ grief is ill-placed, or unwarranted. Loss is loss…no matter what. People always seem to want me to feel better over time, but, time brings milestones or would-be milestones, I should say. Things like “this would have been baby’s due date”, or “this would have been baby’s first Holiday” pop into mind. In fact, holidays are the worst, because a grieving parent can’t help but realize that there’s a little less laughter in the air than there should have been. To say it’s been hard, is an understatement and I’m not just referring to the actual PHYSICAL losses and hardships, it’s so much more than that… 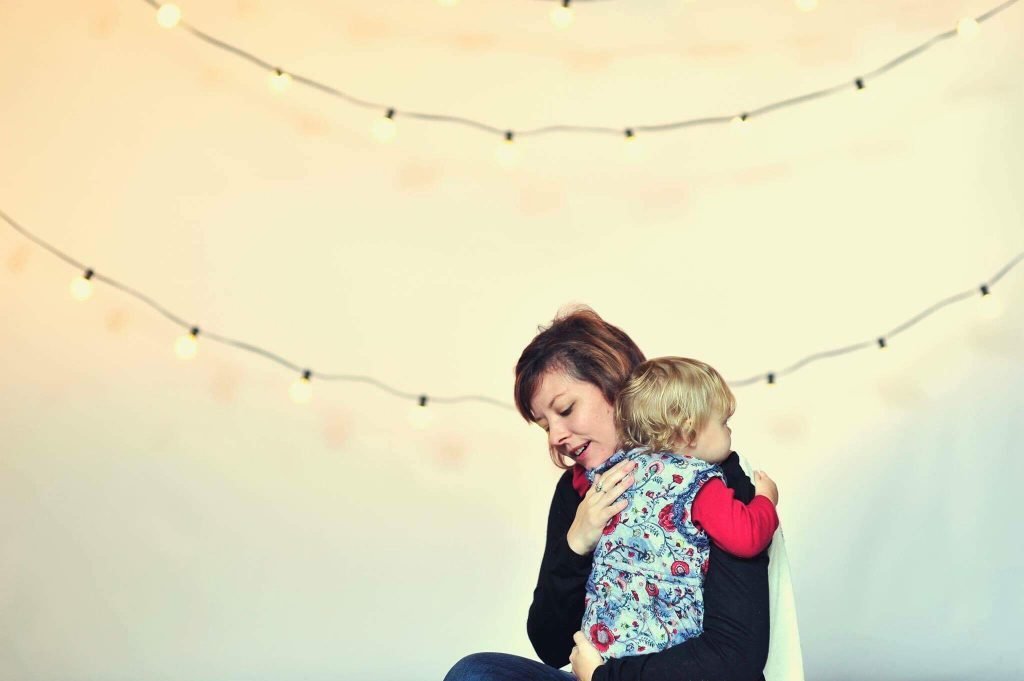 When trying to conceive our daughter, I was 35 years old, and it took almost one full year, with one miscarriage. The very next cycle after the loss though was our successful one, and not too long after, our beautiful little girl was born! When she was turning 1, we decided it was time to try again. I was mentally gearing up for another long wait, and perhaps “some” heartache, but I was nowhere near prepared for what was in store. Eight months went by uneventfully. Then, on Boxing Day 2013 we got our first positive pregnancy test of the “Baby #2 Journey.” We were elated, but, cautiously optimistic. The happiness was short-lived, however, and I started spotting in my 7th week. After a trip to the ER to get the customary antibody (Rhogam) shot, due to my RH negative blood type, we learned that baby had a very slow heartbeat, and the pregnancy could go either way. Less than a week later, I was in full miscarriage. That brought us to our next cycle, and our next positive! We thought, maybe that’s just how my body works…it needs a “warm-up” cycle, and this 2nd one, for sure, was going to work out. At least, that’s how it worked for our daughter. Things looked great early on. We saw a healthy heartbeat at 7 weeks – morning sickness was VERY strong, fatigue, the whole nine yards. We thought we were home free, and then my world came crashing down. I was 11 1/2 weeks and felt faint as I rode the transit into work one day. I sat down and waited for everyone to leave the train, and then went for help. They called an ambulance and at the hospital said I was severely dehydrated due to my morning sickness and decided to keep me for a while on an IV while I waited for an ultrasound. The doctor came in with a portable one, but couldn’t “get a good picture,” She said I’d need to go get a more thorough one, down in the ultrasound department. A few hours went by and they performed the second ultrasound without sharing a single detail, so I knew right then something was wrong. Shortly after, they explained that I had what’s called a “Partial Molar Pregnancy” when the placenta grows into an abnormal cluster of growths and acts like cancer; no baby can survive. The baby was only measuring 9 weeks, so it had stopped growing more than two weeks earlier. They said I would need a D&C, and if the growths in the uterus persist, chemotherapy to remove and prevent any new growth. Early the next morning, I had my first D&C (my third loss) on my 40th birthday. Happy Birthday to me.

After the D&C, I had some time off of work, allowing me to deal with weekly blood tests to track the status of the molar pregnancy. Along with losing another babe, I was dealing with the possibility of cancer treatment, which my brain could simply not grasp, and I ended up requiring therapy to work through all of my feelings. Luckily, levels continued to drop at a healthy rate, and there was no evidence of any malignancy or returned growth (thank heaven for small victories!), Things slowly went back to “normal”. Surprisingly, shortly after I reached zero with my HCG we managed to get another positive pregnancy test! I was terrified! Was this one doomed like the others? Was it too soon after the molar?  Apparently, in some cases, new pregnancies can re-activate any dormant molar cells that were potentially left behind.  I had so many questions…but, my doctor just kept telling me to relax and take it one step at a time. I half expected this pregnancy to end as a chemical or very early miscarriage, but, to my surprise, the HCG kept climbing. Things were looking good, and morning sickness arrived right on time. We also moved into a brand new home, preparing for the day when we needed more space for our growing family. Unfortunately, about a week after we settled in, spotting started again, which meant another trip to the ER, another shot of antibodies, and another emergency ultrasound. This one showed everything that a normal pregnancy should be…except a baby. “Possible blighted ovum,” they said, and I’d need to go back in a few days. Waiting was excruciating, especially when you are struggling to stay positive, but it turned out to be for nothing, as the next ultrasound showed no improvement. I was told to expect to miscarry any day, and that’s exactly what happened. Again, I was in my 8th week of pregnancy.

This prompted me to take action. I was tired of being passive and just continue to lose babies and not understand why. There HAD to be a reason, something we could do differently, something they could fix. I requested a referral to a fertility specialist, who ordered a whole series of tests on both me, and my husband, and so began the next phase in the journey. The doctors did their investigations, but they advised there really was absolutely nothing wrong…well, except for some very mild autoimmune markers, and the fact that I was not a young girl anymore. They said it was likely “egg quality” causing the problems and suggested some progesterone supplements and daily ASA while we continued trying on our own for a little while, but to keep in mind that assisted reproduction techniques (such as IUI’s and IVF) would likely be our best chance.

Three more naturally conceived losses happened after that, even while using the medications that the docs advised, and put us right back to square one. We weighed our options and looked at budgets, and decided to try IUI first…even though much of the advice was to go straight to IVF with PGD (genetic testing).  We just couldn’t afford IVF at the time, and we’d heard inklings of possible government funding on the horizon.  We thought we’d bide our time and try the less expensive option and maybe we’d get lucky.  The IUI was such a trying experience; daily ultrasounds, blood tests, all done very early in the morning before you go to work and injected medications that stimulate multiple follicles for ovulation.  Turned out, I was a slow responder and ended up on the highest dose.  This meant it did some crazy things to my metabolism, my moods and not to mention, more cost.  In the end, we had 4 follicles, and did the IUI after 2 full weeks of stims, with nothing but a chemical pregnancy as a result.  Seems we had better results with natural methods.  Next step was to move onto IVF, which would take a lot of the chance out of the equation…but, the big problem was still the cost.  The IUI itself cost us $5,000+ in medication and procedures, so the IVF would likely be about $20,000, plus genetic testing if we opted for it.  We started a crowdfunding site, told friends and family not to buy us any birthday or Christmas gifts, we put lots of items on consignment…in the end it was only going to pay for a small fraction of the cost…and it would take years for us to make up the rest, (or go seriously into debt)…while my eggs continued to degrade.  Then, like some cosmic gift from God, the government funding was announced in October 2015.  I’d had 8 losses by then, in various forms of duration and severity, and I was over 40 years of age, which put me higher up on the priority list.  The first government funded cycles took place in December, and I was shortly after, in late January 2016.  We applied our learnings from the IUI and put me on the highest doses of stims right from the start…I ended up with 6 follicles, which amounted to 5 eggs retrieved.  We planned to do genetic testing and implant the healthiest while freezing the rest.  Only 4 were considered viable, and only 2 out of those 4 fertilized.  We changed tactics and went for a fresh transfer instead, as the doctor felt this was our best option.  Because of my age, I was allowed to transfer both at once, which gave us better odds of implantation.  But, again…like the IUI, no pregnancy.  All the fund-raising we had done paid for a portion of the $6,000+ in meds and incidentals that the funding does not cover…so, we still were out-of-pocket a hefty amount.

Since the procedures, we’ve had another natural failed pregnancy, bringing our total to 10, with only 1 live birth.  So, here we are in 2017 and we still haven’t succeeded in providing that sibling for my daughter, who will turn 5 next month.  She often inquires about having a sibling which still breaks my heart, but I can’t express enough what a blessing it was to have the chance at IVF, thanks to the government funding.  We had so many losses, and so many experts telling us we needed to move onto IVF, that “this is your best chance”.  Had we not done it, we’d constantly be wondering if we’d missed out on the ONE thing that would have worked for us.  Now we know, and it’s helped us to move on.  Not to say we’ve given up, because, we still know that we “CAN” have a baby, but we are starting to come to terms with the fact that it may not be in the cards for us.  I just wish I had known earlier the potential that her first steps, her first giggles, her first words were going to be OUR last, as I would have perhaps cherished them even more.

Get Information and Updates